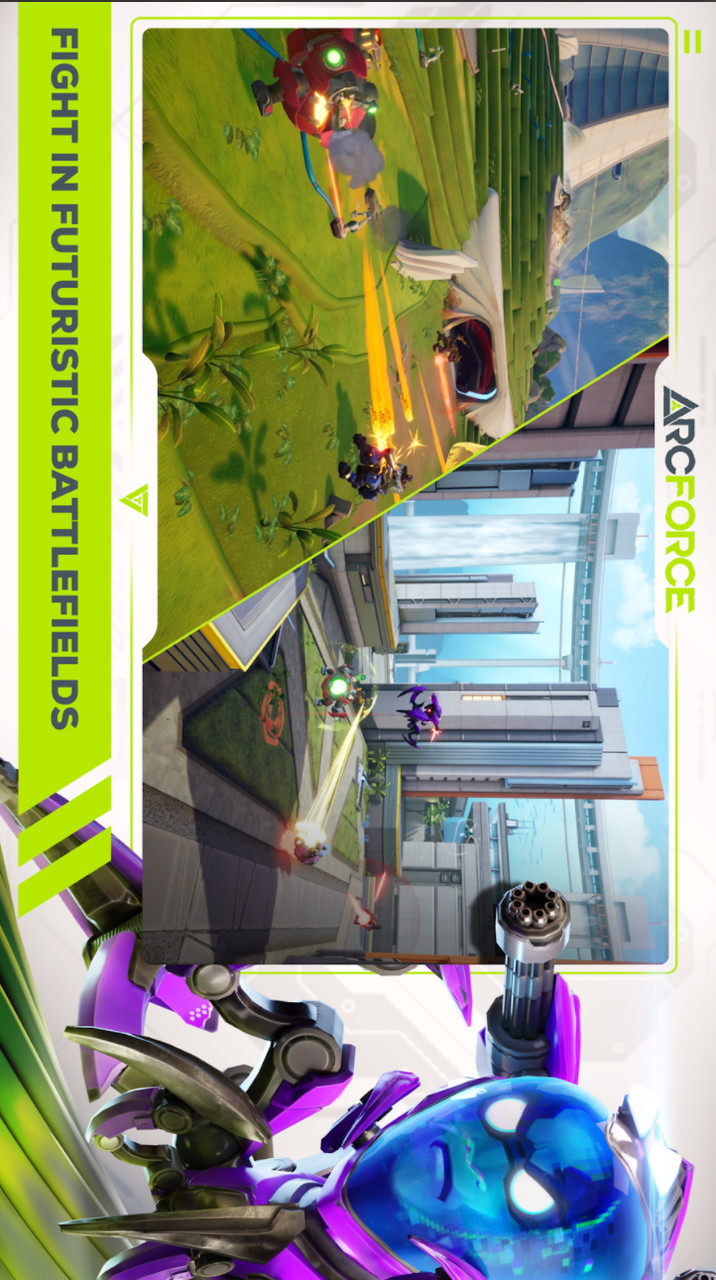 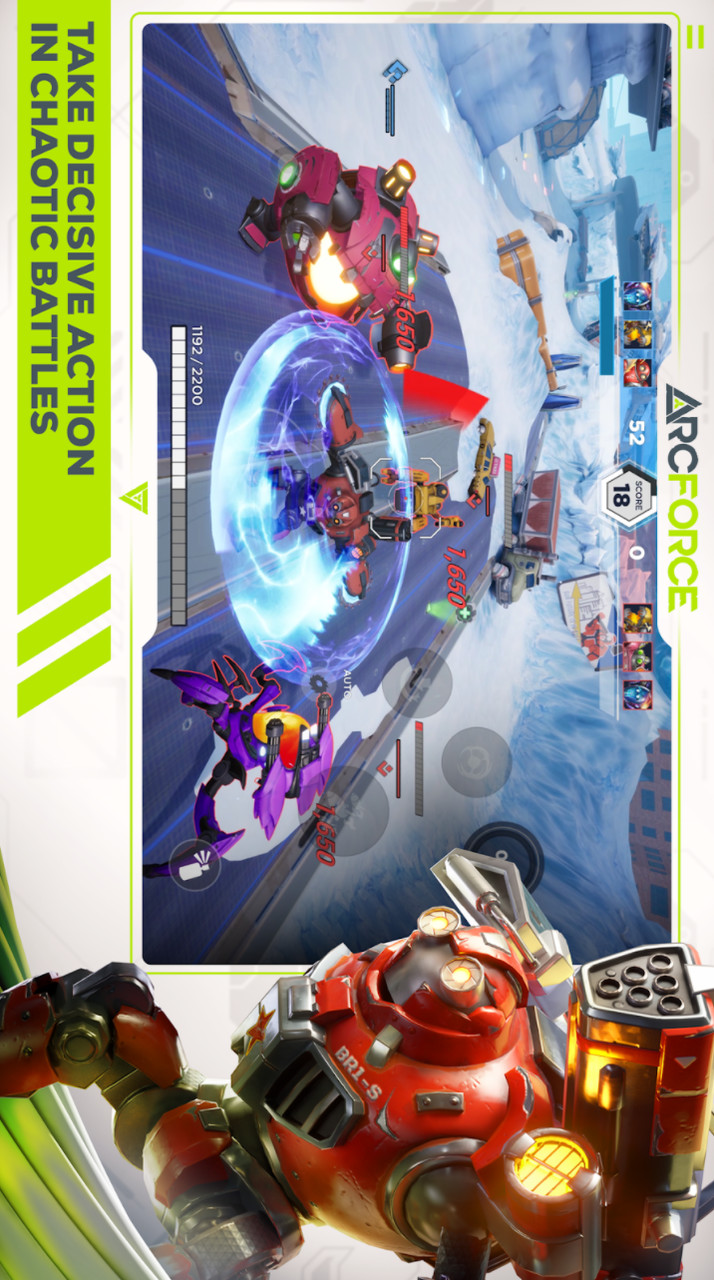 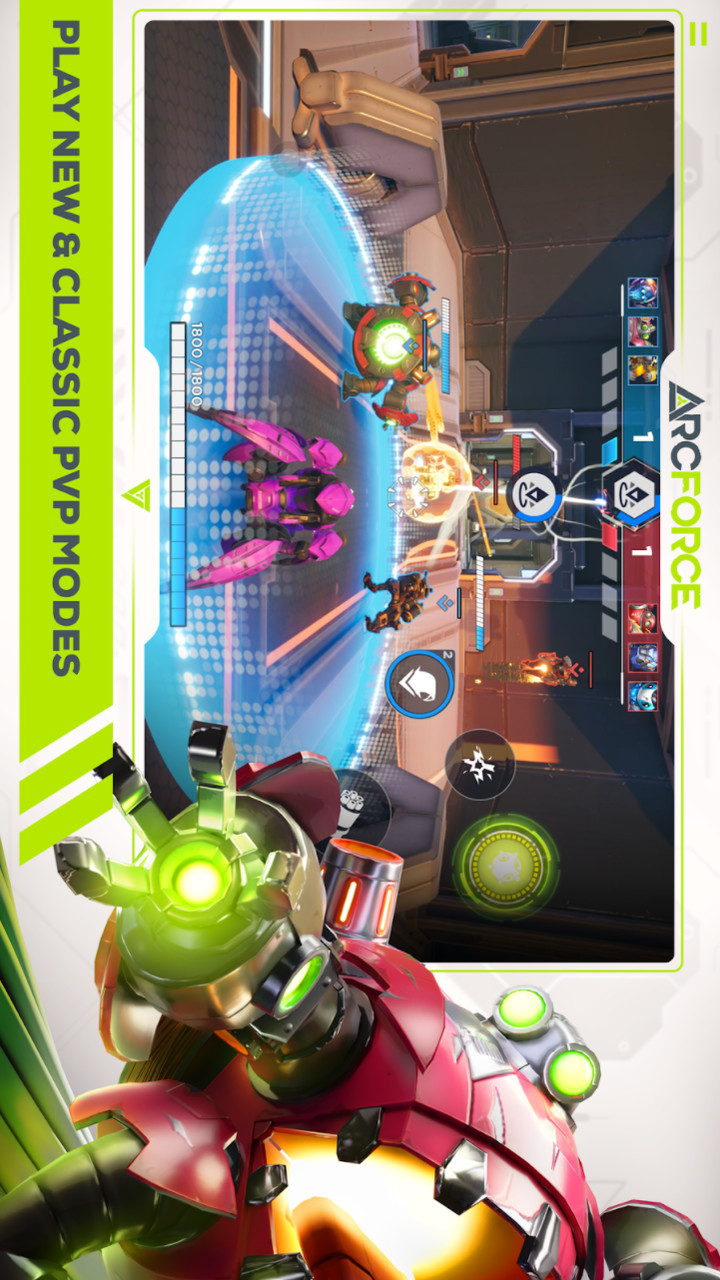 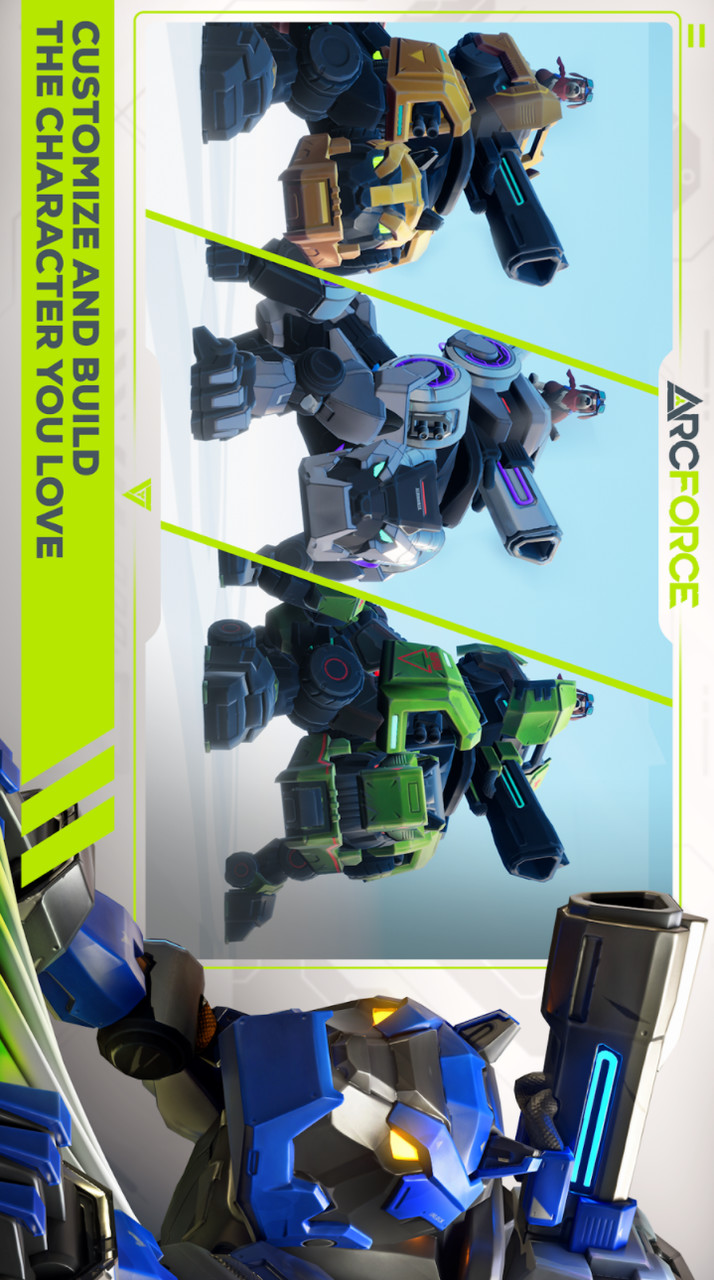 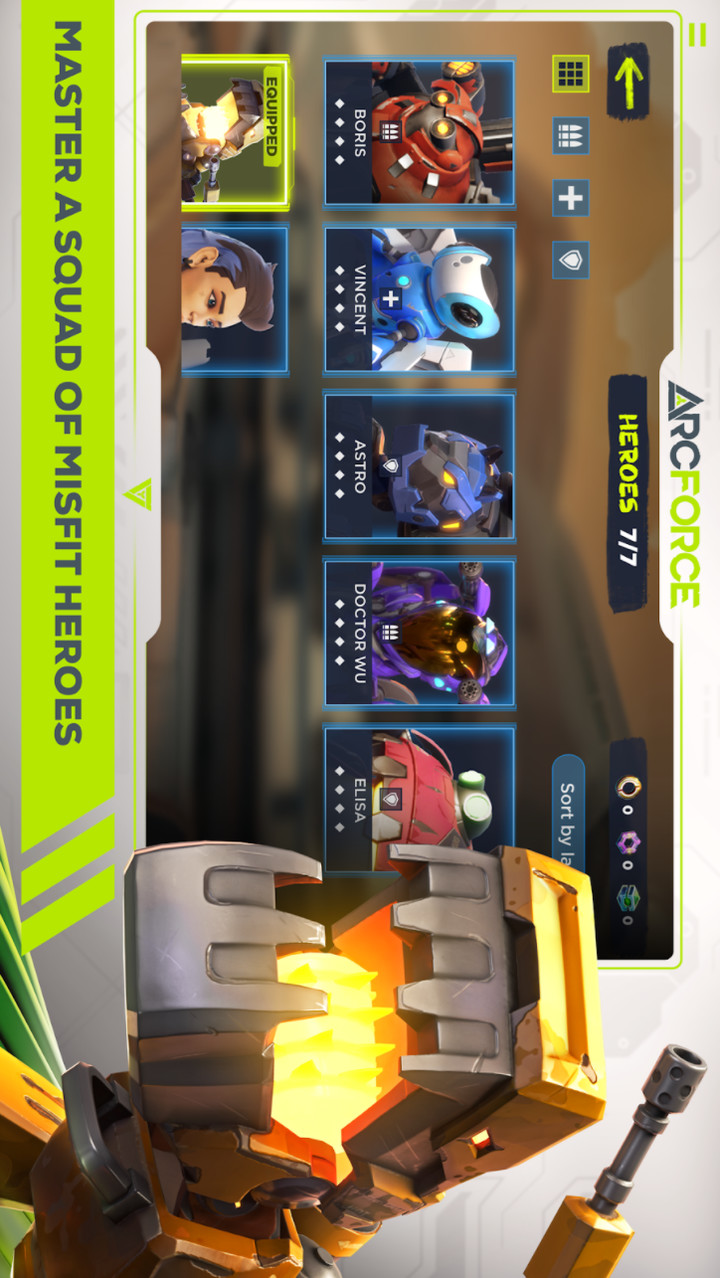 Play a new team-based arena PVP shooter featuring powerful heroes designed for fast action on mobile devices. Experience a vibrant, futuristic world teetering between utopia and dystopia, where an unlikely team of misfit warriors will arise to wage guerilla warfare on evil mega-corporations and clash in furious 3v3 battles.*
*Thanks for playing the pre-release build of Arcforce. Final game content may differ.
MASTER A SQUAD OF MISFIT HEROES
Pick from a roster of loveable oddball heroes, including a mad scientist’s spider mech, a decommissioned Soviet mining bot, and the ultimate “junkyard dog”, Diesel. Find the one that best suits your personal playstyle and then level them up to unlock new skins and perks.
BECOME THE HERO YOU WISH TO BE
Every character comes with unique and meaningful perks. Build a character you love by leveling up your defense, cool down speed, or increasing damage.
TAKE DECISIVE ACTION IN CHAOTIC BATTLES
Blast your foes with autocannons or slice and dice them with Bladestorm. Manage your cooldowns and strike when the time is right to make the clutch play. Unlike other pvp shooters, you’ll need both brains and brawn to master the mayhem in Arcforce, because one decisive move can tip the balance and win the day.
BAND TOGETHER IN MULTIPLAYER 3V3
Play online and matchmake with other players in real-time multiplayer battles. Discover unique synergies between characters to build an unstoppable team. Dominate the battlefield together because true heroes fight as one.
THE WORLD IS AT ITS TIPPING POINT
Rise up and fight for humanity’s future in distinct battlefields shaped by climate change; from the frozen streets of New York City and machine graveyards of the Sahara to gleaming cyberpunk metropolises like Tokyo.
PLAY NEW AND CLASSIC PVP MODES
Compete against other players in objective-based game modes. Destroy your foes and capture points in classic Team Deathmatch and Hardpoint.