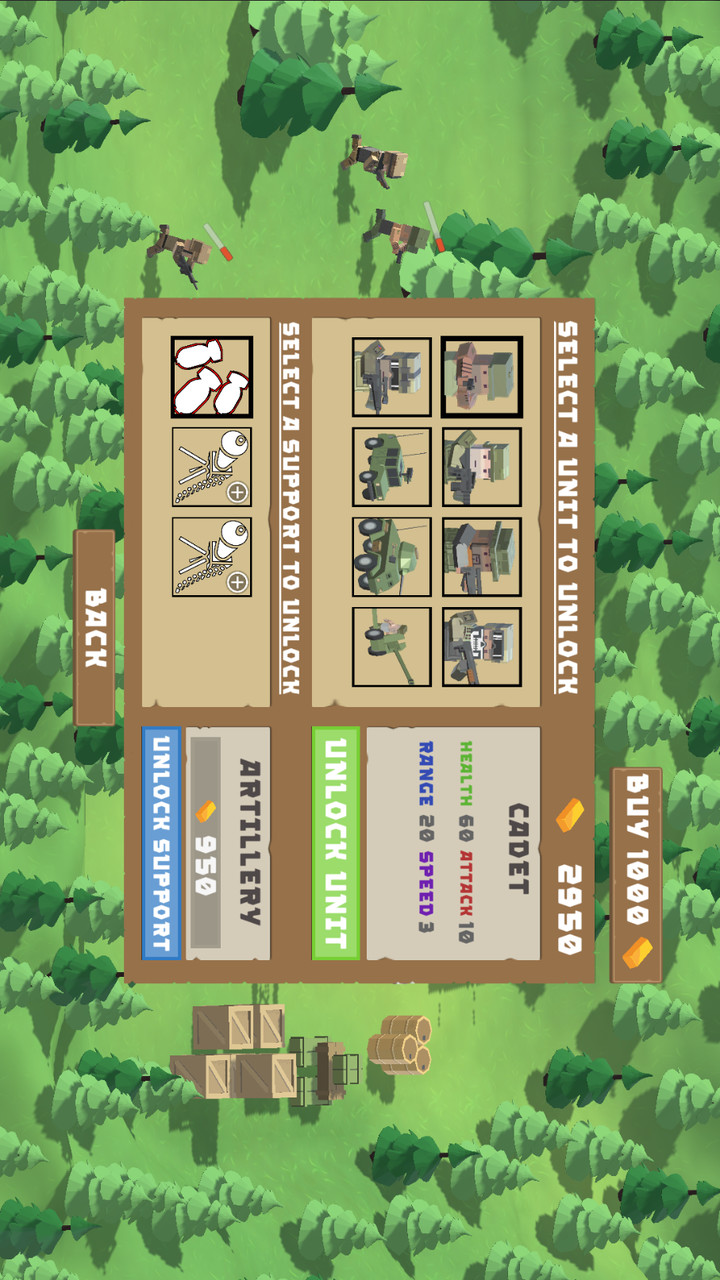 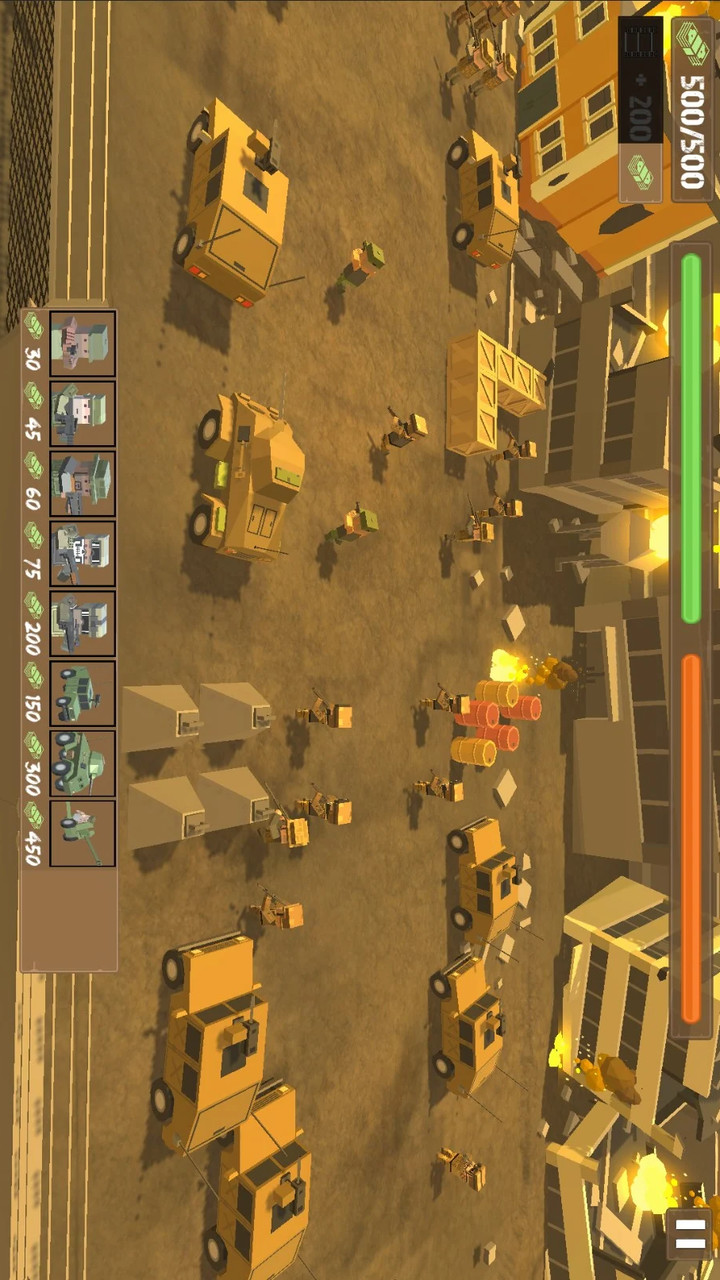 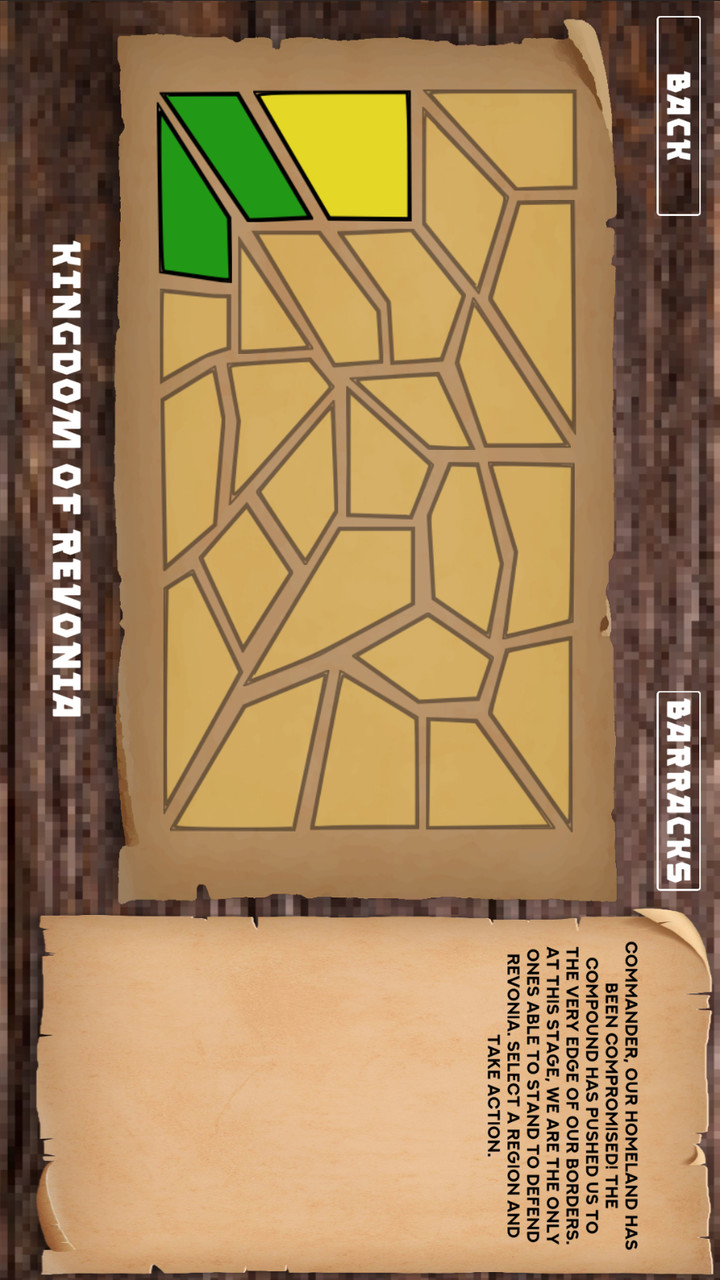 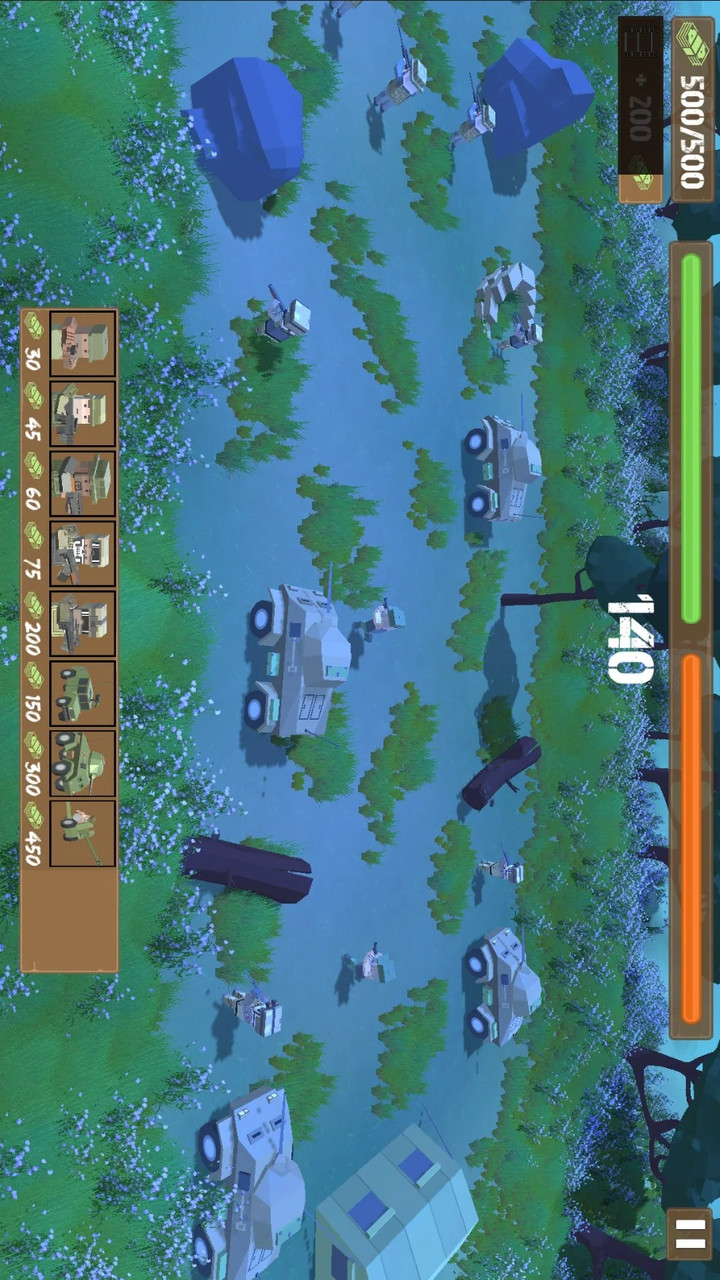 Commander, you are needed to take control of your army in an all new ww2 strategy game. In this strategy game you must fight the evil forces of General Leon to save your country; The Kingdom of Revonia. Under your command are the bravest units of the Kingdom and you start by commanding weak units such as pistol wielding cadets. As you achieve more victories you can upgrade your army and soldiers with snipers, grunts, jeeps, tanks and artillery. Gameplay inspired from some of the best army games on mobile, this game will challenge your RTS skills.

Only you can save your kingdom from the enemy. Take control of your armies in this action packed offline warpips style game. The offline campaign mode allows you defend your country in many war games and also uncover the story of how the Kingdom of Revonia fell. The campaign mode consists of 24 challenging strategy missions based on castle defense and base defense like missions. At the end your armies must face the powerful General Leon in a tank battle for the sake of your country.

Fans of war games, army games and offline strategy games will love the trench warfare like battles of each mission with warpips like RTS mechanics. The missions are designed to be challenging for beginner as well as advanced players. You can deploy units like trench battles but also manage resources like classic RTS games.

The military missions are set in an imaginary kingdom where you conquer the map similar to risk games. The gameplay is styled to play like ww2 and ww3 strategy games. Trench warfare like world war 2, yet advance wars like word war 3 games.

A lot of effort was put into developing this game to play like classic ww2 games and modern ww3 games combined. The gameplay of both these war games combined makes this a challenging and fun campaign. I hope you will enjoy playing this game and if you do please leave feedback here as it encourages me to add even more military missions to the game.

Unlock powerful units with unique gameplay. Each unit has its benefits and drawbacks. Some of the units that can be unlocked in the game are:

🔫 Cadet: Your basic soldier unit that is weak but cheap to deploy.

🎮 Recruit: A more powerful soldier unit equipped with a machine gun. These units are very dangerous in large numbers.

🔫 Ranger: A long range tiny soldier equipped with a powerful rifle. Keep these units behind enemy lines to take full advantage of their long range shooting.

🎮 Grunt: A very tough unit equipped with a shotgun. These units are tanks on legs. Very strong and tough to kill.

🔫 Sniper: Snipers are trained for one shot one kill. Very powerful units with very high range for sniper shooting skills. A few deployed will win any trench battle easily.

🔫 Tank: Armoured units with a very strong attack. Tanks deployed on the war mission are great support to your army. These are expensive units but will win your game of war in any battle.

🎮 Artillery: Very long range units that will only target the enemy base. These units once deployed must be defended as they are very weak. But if left unchecked can very easily win the strategy game in minutes.

This free war game with tiny army men is currently only an offline single player game. But in future there are plans to add multiplayer as well. So please stay tuned and continue to be the defender of your proud nation.