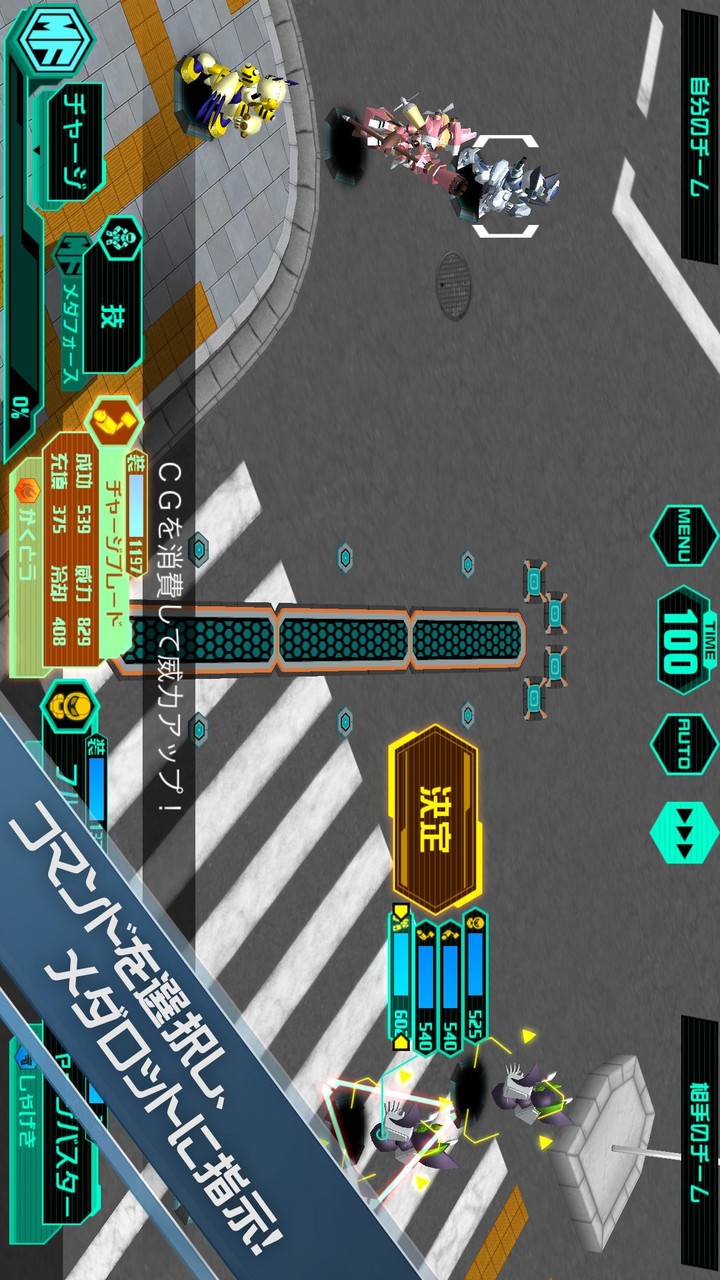 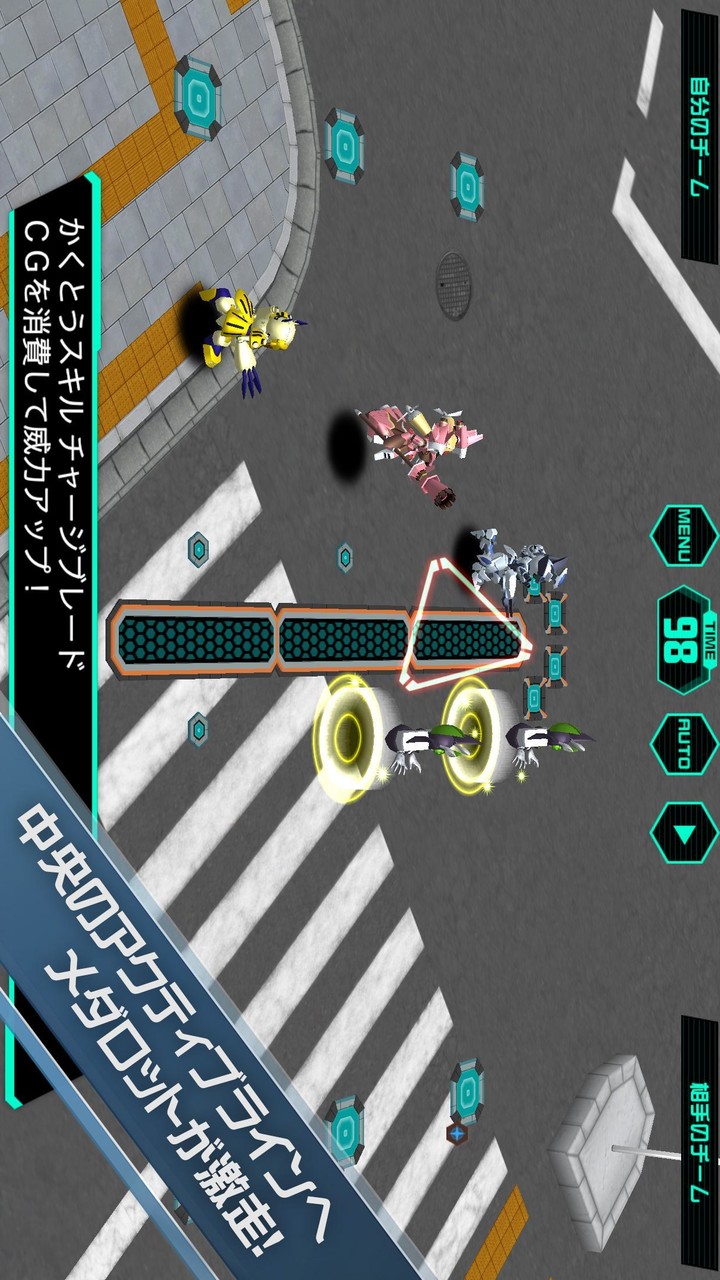 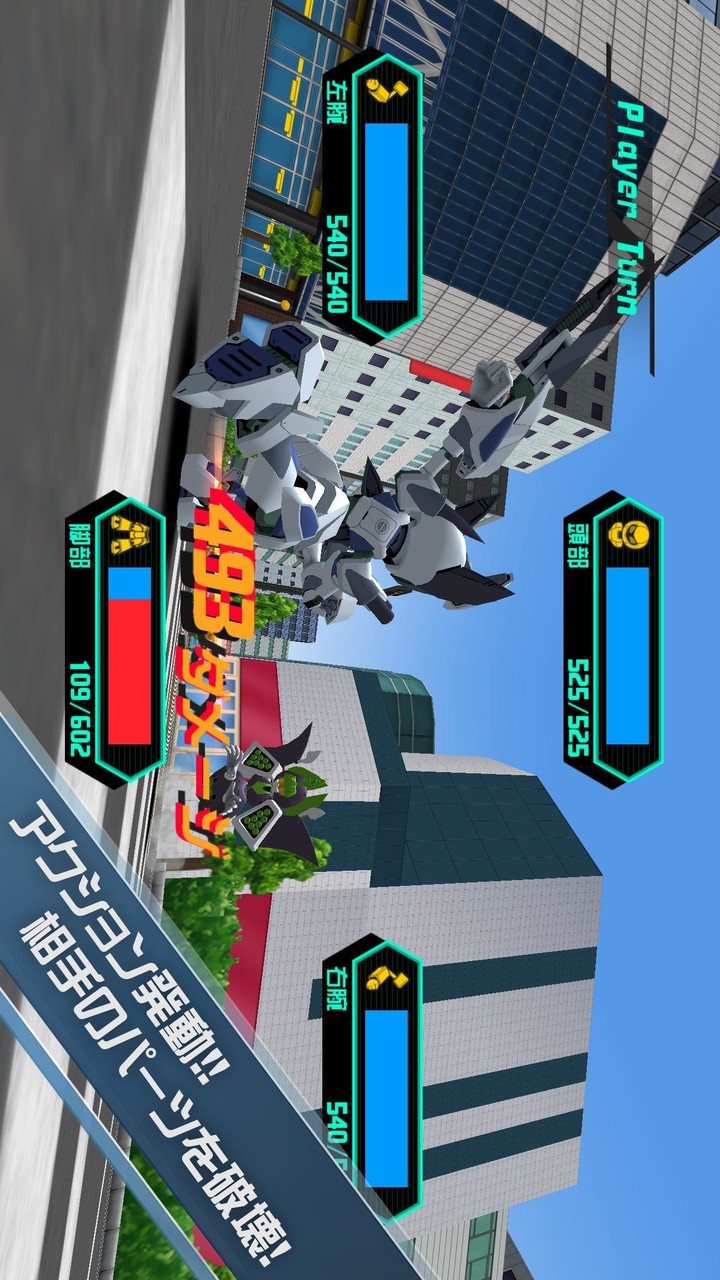 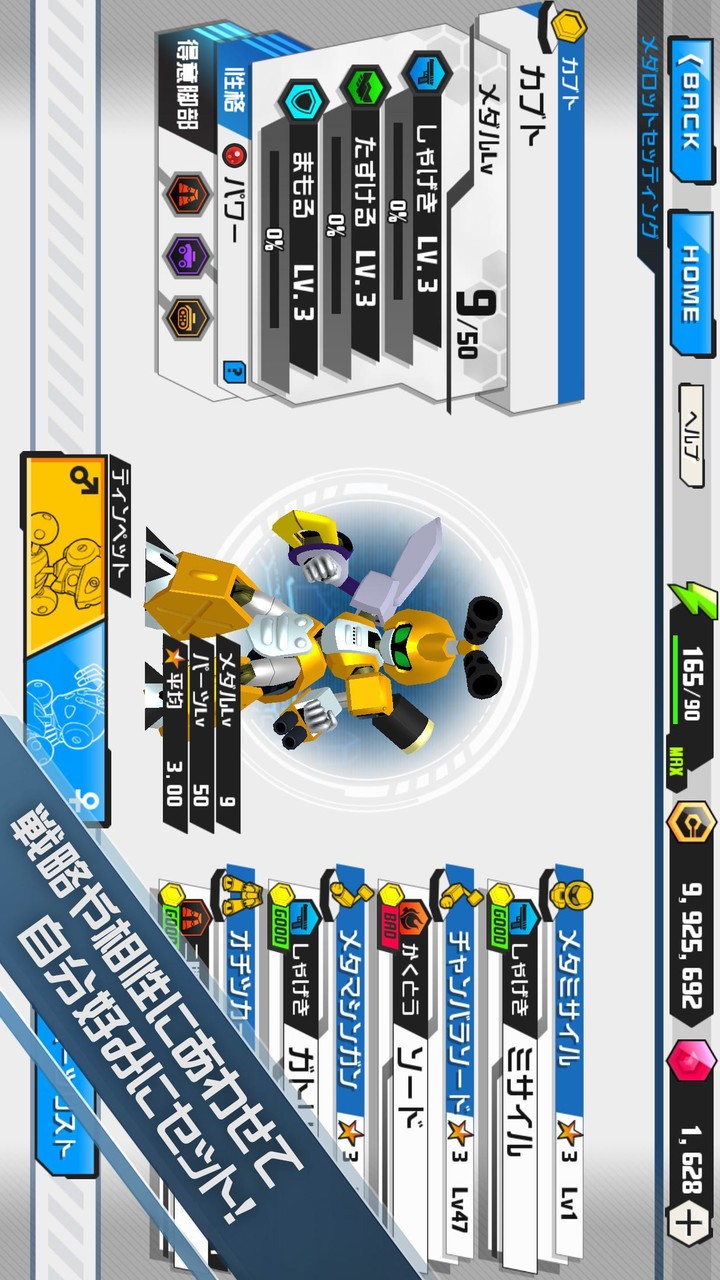 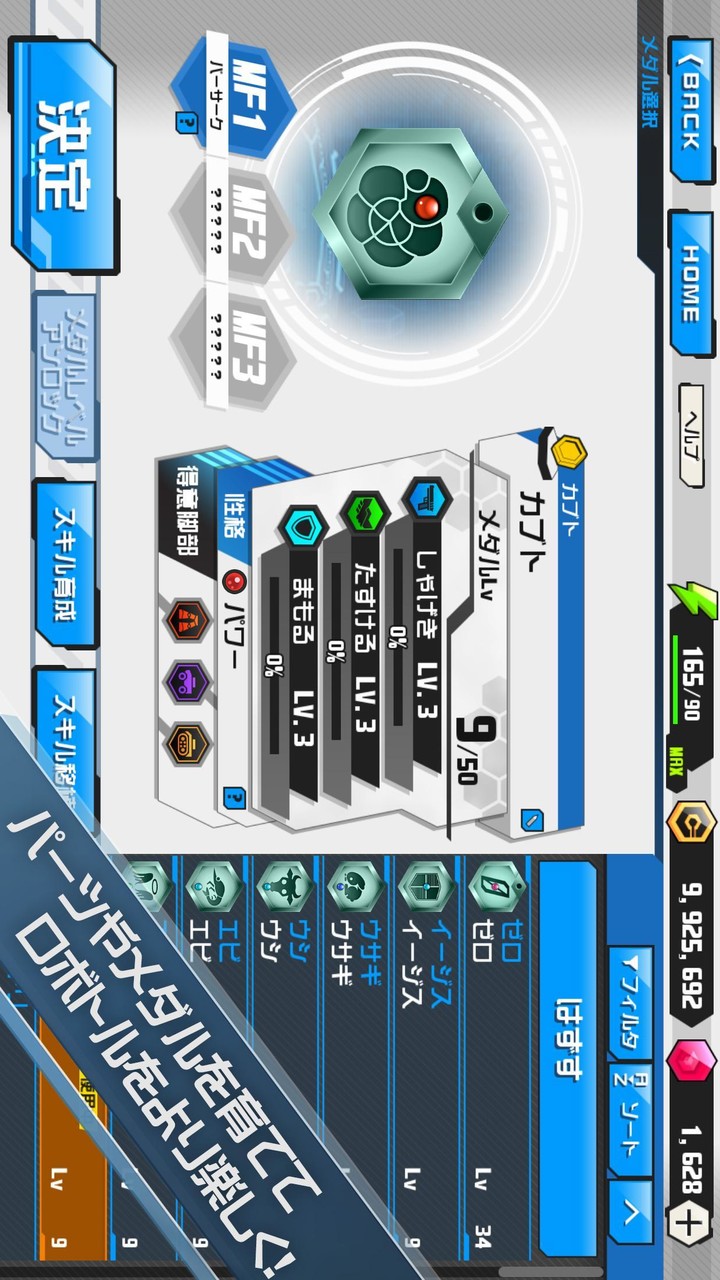 ・The familiar 3 to 3 command battle system in the Medarot series is now available on smartphones.

・Characters from the past series will continue to participate!

・Collect parts and medals in various ways in the game!

・Parts and medals are set considering roles and compatibility.

・There are many combinations! The composition according to the strategy is important.

・A new training function has been added to the parts!

You can train your favorite parts.

・When you select an option according to each part, the medarot that receives the instruction will start running.

・When the central active line is reached, the technique is activated!

・The victory condition is to destroy the head part of the opponent\’s leader aircraft!

・Proceed through the original quest unique to this work using your own medarot!

Medarot is an ego friend robot developed by Medarotsha. Medarot is completed by attaching four parts, the head, right arm, left arm, and leg, to the tympet, which is the framework, and incorporating the medal that becomes the brain. It is about 1m in length and is a unique robot with intelligence and intention equal to or greater than humans.

It became popular because of the ease of customizing by replacing parts and the convenience of buying at a convenience store.

It rapidly spread with the boom of “Robattle”, a game where you can fight between medarots.