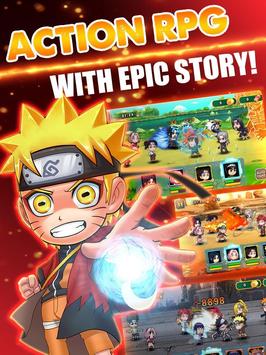 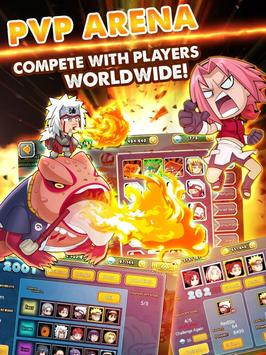 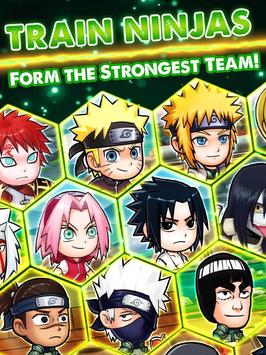 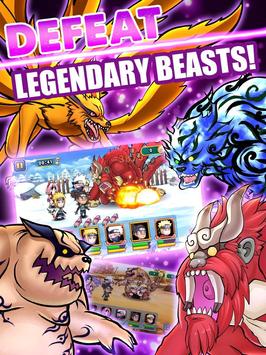 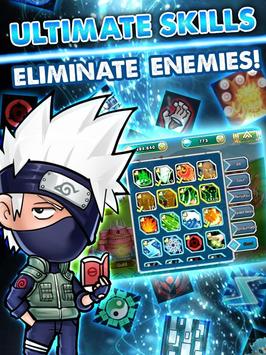 Ninja Rebirth – Monster Legend (NR) is an action-card-battle game that will provide you lots of fun! The village of Leaf is a village of great and brave ninjas that you lived. The ninjas practice everyday to face evil enemies and protect themselves. You are the best ever who have to keep training and become the next powerful Hokage! Create the strongest team unmatched to Rock and Sakura!

More than 50 famous hero! warrior is a melee fighter who is also a tank for other ninjas. A powerful Ninja Rogue with long range attacks and deadly ninjutsu is like a tsunami. Just one tap, the shinobis will be in action to bring out his greatest strength.

Ninja Rebirth – Monster Legend (NR) has always been the scene of the great war, and is the most epic in the world. Be fast and strong to stay till the end of the battle. Do not forget, the gift awaits you at the end.

Defeat the Tailed Beast Kyuubi and get a secret treasure prize. Upgrade the heroes and pair with the Kyuubi\’s tailed beast to become the strongest!

Dungeon is where you can practice to be the best hero! Organize your team and work with guild members to complete the missions. Collect items to upgrade your shinobis into the ultimate that can be relied upon during the war.

A true hero do not fight alone in the arena. Every hero needs another partner to become a champion. The best teamwork is the strongest and is needed in the shadow fight arena

Form guild with your friends! Set the strategy for guild war, and face clash together. Get rare gifts from every Guild war!

Collect free energy at any given time, make sure you are always logged in to the game! Use the free energy to keep venturing on in The Village of N: NR – Awakening

Ninja Rebirth – Monster Legend (NR) is a Naruto-themed game that you can play for free. Collect all the currencies in the game to help you train hero. Ninja Rebirth has various currencies – Diamond, Arena Coin that can be from Hero War arena, Hero coin, Guild coin and Shadow coin that can be obtained from shadow fight arena. Everything can be collected from every different battle, and can be exchanged for items, rare hero etc!